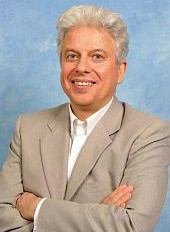 Grant Jones - offers the following alternative dispute resolution services, arbitration, expert determination & mediation/conciliation, all of which are defined on the left-hand side of this webpage.

"Alternative dispute resolution (ADR) (also known as external dispute resolution in some countries, such as Australia) includes dispute resolution processes and techniques that act as a means for disagreeing parties to come to an agreement short of litigation. Despite historic resistance to ADR by many popular parties and their advocates, ADR has gained widespread acceptance among both the general public and the legal profession in recent years. In fact, some courts now require some parties to resort to ADR of some type, usually mediation, before permitting the parties' cases to be tried (indeed the European Mediation Directive (2008) expressly contemplates so-called "compulsory" mediation; attendance that is, not settlement at mediation). The rising popularity of ADR can be explained by the increasing caseload of traditional courts, the perception that ADR imposes fewer costs than litigation, a preference for confidentiality, and the desire of some parties to have greater control over the selection of the individual or individuals who will decide their dispute. Some of the senior judiciary in certain jurisdictions (of which England and Wales is one) are strongly in favour of the use of mediation to settle disputesi.

“Arbitration, a form of alternative dispute resolution (ADR), is a legal technique for the resolution of disputes outside the courts, where the parties to a dispute refer it to one or more persons (the "arbitrators", "arbiters" or "arbitral tribunal"), by whose decision (the "award") they agree to be bound. It is a settlement technique in which a third party reviews the case and imposes a decision that is legally binding for both sides. Other forms of ADR include mediation (a form of settlement negotiation facilitated by a neutral third party) and non-binding resolution by experts. Arbitration is often used for the resolution of commercial disputes, particularly in the context of international commercial transactions...

Arbitration can be either voluntary or mandatory (although mandatory arbitration can only come from a statute or from a contract that is voluntarily entered into, where the parties agree to hold all disputes to arbitration, without knowing, specifically, what disputes will ever occur) and can be either binding or non-binding. Non-binding arbitration is, on the surface, similar to mediation. However, the principal distinction is that whereas a mediator will try to help the parties find a middle ground on which to compromise, the (non-binding) arbitrator remains totally removed from the settlement process and will only give a determination of liability and, if appropriate, an indication of the quantum of damages payable.

Arbitration is a proceeding in which a dispute is resolved by an impartial adjudicator whose decision the parties to the dispute have agreed, or legislation has decreed, will be final and bindingii".

“Expert determination is a historically accepted form of dispute resolution invoked when there isn't a formulated dispute in which the parties have defined positions that need to be subjected to arbitration, but rather both parties are in agreement that there is a need for an evaluation. The practise itself is millennia old and well established where complex legal institutions either have not developed, or are unavailable, such as tribal societies and criminal organisations.

In the context of modern jurisprudence the word "expert" appears first in Bottomley v Ambler 1878 38 LT 545, this was however used ambiguously also referring to arbitrators having the qualification of expert. The first mention that distinguishes specifically against the practise of arbitration, and introduces the formula "as an expert and not as an arbitrator" was in Dean v. Prince 1953 Ch. 590 at 591 (misquoted) and subsequently on appeal in the year 1954 1 Ch. 409 at 415. In contract law the parties are free to include a forum selection clause appointing a special referee to resolve specialised but disputed factual issues between themiii”.

“Mediation, as used in law, is a form of alternative dispute resolution (ADR), is a way of resolving disputes between two or more parties. A third party, the mediator, assists the parties to negotiate their own settlement (facilitative mediation). In some cases, mediators may express a view on what might be a fair or reasonable settlement, generally where all the parties agree that the mediator may do so (evaluative mediation).

Mediation has a structure, timetable and dynamics that "ordinary" negotiation lacks. The process is private and confidential. The presence of a mediator is the key distinguishing feature of the process. There may be no obligation to go to mediation, but in some cases, any settlement agreement signed by the parties to a dispute will be binding on them.

Mediators use various techniques to open, or improve, dialogue between disputants, aiming to help the parties reach an agreement (with concrete effects) on the disputed matter. Much depends on the mediator's skill and training. The mediator must be wholly impartial. Disputants may use mediation in a variety of disputes, such as commercial, legal, diplomatic, workplace, community and family matters. A third-party representative may contract and mediate between (say) unions and corporations. When a workers’ union goes on strike, a dispute takes place, the parties may agree to a third party to settle a contract or agreement between the union and the corporation.

‘Conciliation’ sometimes serves as an umbrella-term that covers all mediation and facilitative and advisory dispute-resolution processes. Neither process determines an outcome, and both share many similarities. For example, both processes involve a neutral third-party who has no enforcing powers.

One significant difference between conciliation and mediation lies in the fact that conciliators possess expert knowledge of the domain in which they conciliate. The conciliator can make suggestions for settlement terms and can give advice on the subject-matter. Conciliators may also use their role to actively encourage the parties to come to a resolution. In certain types of dispute the conciliator has a duty to provide legal information. This helps any agreement reached to comply with any relevant statutory framework pertaining to the dispute. Therefore conciliation may include an advisory aspect.

Mediation works purely facilitatively: the practitioner has no advisory role. Instead, a mediator seeks to help parties to develop a shared understanding of the conflict and to work toward building a practical and lasting resolution.

Furthermore, the definitions of mediation used by the different styles of mediation differ in that evaluative mediation has the main drive and goal of settlement, while transformative mediation, in contrast, looks at conflict as a crisis in communication and seeks to help resolve the conflict, thereby allowing people to feel empowered in themselves and better about each other. The agreement that arises from this type of mediation occurs as a natural outcome of the resolution of conflict.

Both mediation and conciliation serve to identify the disputed issues and to generate options that help disputants reach a mutually-satisfactory resolution. They both offer relatively flexible processes; and any settlement reached should have the agreement of all parties. This contrasts with litigation, which normally settles the dispute in favour of the party with the strongest legal argument. In-between the two operates collaborative law, which uses a facilitative process where each party has counsel.iv”

i Taken from Wikipedia: http://en.wikipedia.org/wiki/alternative_dispute_resolution